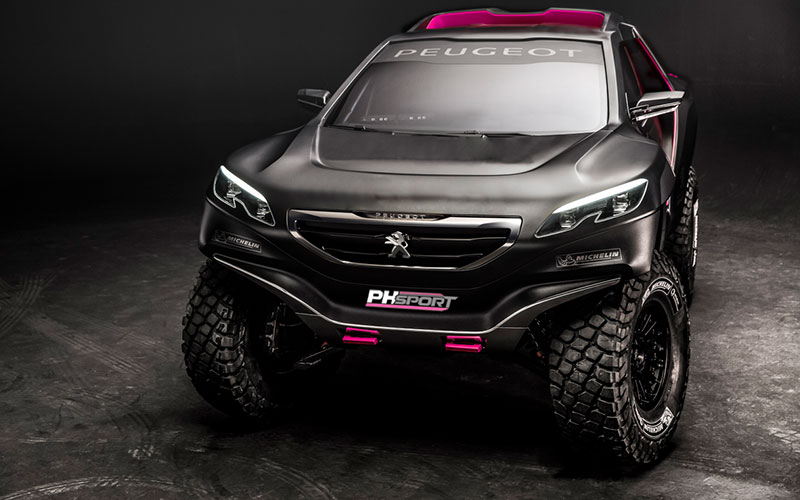 Renowned for preparing and running cars in the WRC, the PH-Sport team is to take on a new challenge by acquiring three Peugeot 2008 DKR16s. These leading cross-country rally cars will be available for leasing, the goal being to take part in the 2017 Dakar Rally.

When Stéphane Peterhansel won the 2016 Dakar Rally, the Peugeot 2008 DKR16 established itself as the new benchmark in cross-country rallying. With a staggering nine stage wins (out of a total of twelve), this car proved it is comfortable on all surfaces, from gravel-strewn roads to the wide open spaces of the desert.

Soon, privateers will also be able to enjoy driving this exceptional vehicle. Prepared and run by PH-Sport, three cars will be available for leasing from September of this year. Entirely rebuilt by PH-Sport technicians in accordance with the latest Peugeot Sport specification, these vehicles will be entered in the Rallye du Maroc (1-7 October) and then the 2017 Dakar Rally.

Duly trained by Peugeot Sport, the PH-Sport team will offer a premium turnkey service, incorporating all the technical, sporting and logistics aspects involved in the category.

“We are very excited by the idea of taking on this new challenge” explained Bernard Piallat, PH-Sport Manager. “Being able to lease the best car in cross-country rallying is an exceptional opportunity, both for PH-Sport and the drivers that choose to join us. We will treat this new programme with the respect it deserves, because we know that we have a lot to learn in the category. Having said that, we are confident because we are acquiring cars that have already proven their worth and we will have the support of Peugeot Sport to help us in understanding their operation. In all areas, PH-Sport will therefore comply with the standards of the factory team, in order to give our customers the chance to aim for first place.”

PH-Sport’s cross-country rallying programme will be run from 4,000m2 of new workshops. Located in Langres, north-east France, this new structure will enable the team to tackle this demanding challenge in the best possible conditions.

“The timing is right, because it gives us the time to put the appropriate organisation and facilities in place,” continued Bernard Piallat. “For this first year, the aim is to run a programme including the Rallye du Maroc as preparation for the Dakar Rally in South America.”

DS 3 WRCs all around the world…

2016 is indeed a year full of challenges for PH-Sport, which is running the WRC programme of the Abu Dhabi Total World Rally Team. In Monte-Carlo and in Sweden, Kris Meeke, Stéphane Lefebvre, Craig Breen and Khalid Al-Qassimi produced impressive performances in DS 3 WRCs prepared by PH-Sport.

Although this programme has been put on hold for a few weeks – until the WRC returns to Europe – the team has not been taking it easy. At Rally Argentina, Marco Ligato will be competing in a top-level car, looking to impress in front of his home fans.

“The DS 3 WRC is currently the best rally car available to lease,” explained Bernard Piallat. “We saw at the opening rounds of the season that it is capable of challenging the world championship-winning Polo. PH-Sport has a fleet of a dozen cars, which can be entered on all road surfaces, from national championships right up to the WRC.”