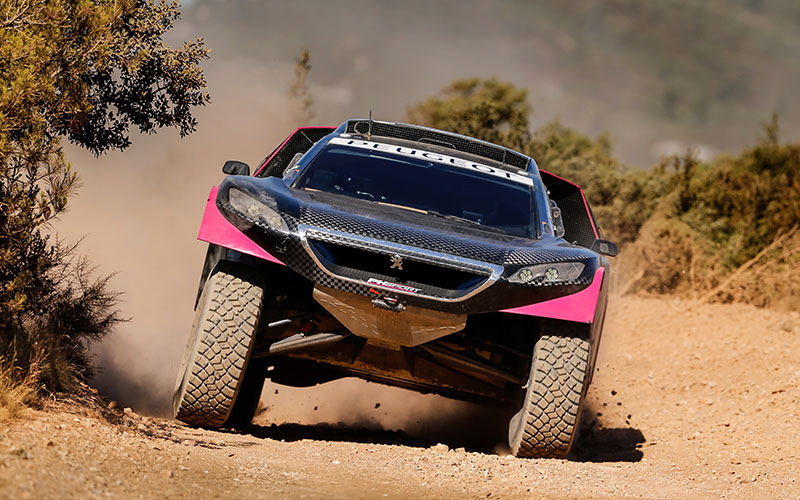 A year after announcing its intention to compete in cross-country rallying, PH-Sport is to extend its offer by adding a Peugeot 3008 DKR to its fleet of cars for lease. Winner of this year’s Dakar Rally, this exceptional car is now available for upcoming events on the 2017 race calendar.

With close to twenty years’ experience in rallying, the PH-Sport team set itself a new challenge in 2016 when it acquired Peugeot 2008 DKR16s in order to compete in cross-country rallying. The team, based in north-eastern France, has already had the opportunity to showcase its discipline and expertise in this new area on the dirt roads of Africa and South America.

PH-Sport is moving up a gear in 2017, however, as it adds a Peugeot 3008 DKR to its fleet of race cars. Winner of the 2017 Dakar Rally with Stéphane Peterhansel, this ultimate racing machine comes with the latest upgrades developed by Peugeot Sport.

“It’s the logical extension of our investment in this category,” emphasized Bernard Piallat, PH-Sport Manager. “Whether we’re talking about the engine, the suspension or the aerodynamics, all of Peugeot Sport’s experience can be seen on the 3008 DKR. Having said that, its architecture is similar to that of the 2008 DKR16: our engineers and technicians should therefore have no difficulty in getting to grips with the new product. The Peugeots have shown their qualities on all surfaces and we are delighted to be able to offer our customers a comprehensive package. The cars are prepared in accordance with the factory team’s specifications so that our drivers can aim to be among the frontrunners.”

Based in Langres, the 4,000 sq. metre workshops dedicated to cross-country rallying are already home to the Peugeot 3008 DKR and the associated equipment. “The car is already available for leasing, both for rounds of the Cross-Country Rally World Cup and other events,” added Bernard Piallat.